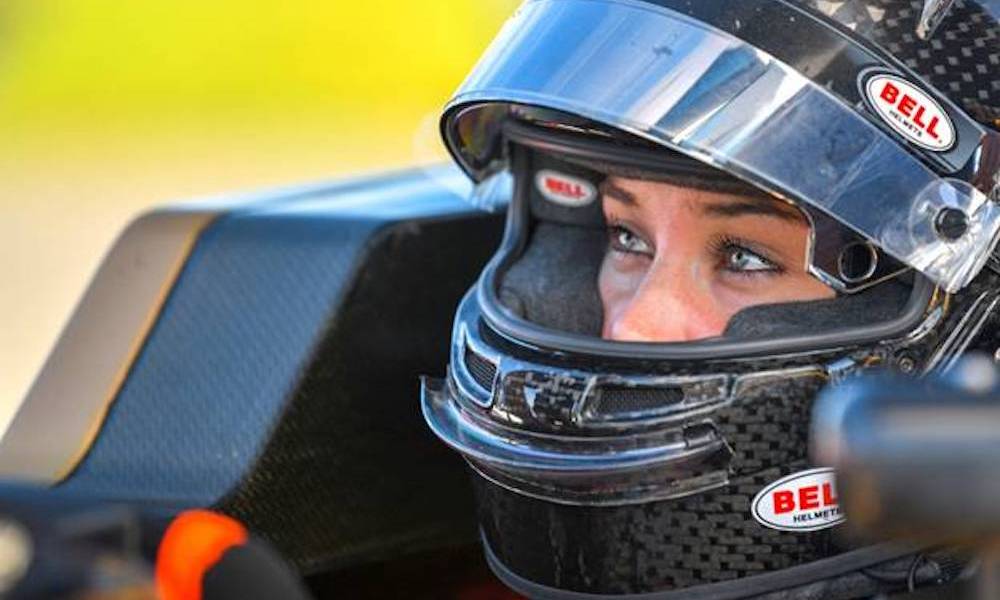 Vying against notable female drivers from around the world in a three-day on-and-off-track assessment, Formula 4 United States Championship Powered by Honda alumna Sabre Cook was selected to advance to the final round of evaluations for the inaugural Formula 3 W Series.

In the next stage, Cook will travel to Almeria, Spain, March 21-28, for a four-day test, competing against 27 other finalists for one of the 20 spots on the inaugural W Series grid. The all-female driver competition was launched by the FIA last October to promote and provide a steppingstone to Formula 1 in an effort to overcome motorsport’s gender gap.

“The W Series evaluations were a fantastic experience,” said Cook, who also won the 2018 Infiniti Engineering Academy scholarship. “The training challenged every possible skill a complete driver needs to have, but did it in a way that made it an enjoyable learning process too. The whole event was very professional, well-managed, and the camaraderie, even between competitors, was great.

“Being surrounded by so many like minds, all focused on a common goal was very special experience,” Cook added. “I just tried to keep focused and do my best. My best was enough for now, but now it’s back to working even harder to be ready for the Almeria test [later this month].”

More than 100 female drivers applied for this groundbreaking opportunity, with 55 moving on to the first round of evaluations in Melk, Austria — an event unlike anything Cook experienced before in her racing career.

“The environment was more supportive than I could’ve ever expected,” Cook continued. “We pushed each other at every step, creating a special energy and connection that our male counterparts normally don’t in the same setting.

“For me, finding out there are more women like me out there is exciting. It gave me a sense of belonging and confidence to be who I am. An unforgettable and empowering experience for sure.”

Similar to F4 U.S., the W Series will be a spec-car championship; however, the Formula 3 cars in it will all be owned by the series. Maintenance, repair, and setup adjustments will be the responsibility of technicians hired by the organizers. Every car will run the same compound Hankook tires, burn the same fuel and use the same oil in an effort to eliminate mechanical inequalities as well as cheating.

The entire racing season for all the drivers, including accommodations and travel, will be paid for by the W Series. Plus, a total prize fund of $1,500,000 has been assigned, with the overall series winner taking $500,000.

Since the inception of Formula 1, more than 900 drivers have competed in the FIA World Championship but only two have been female. It’s been a staggering 43 years since the last female entered an official F1 race … and Cook is among those determined to change that.