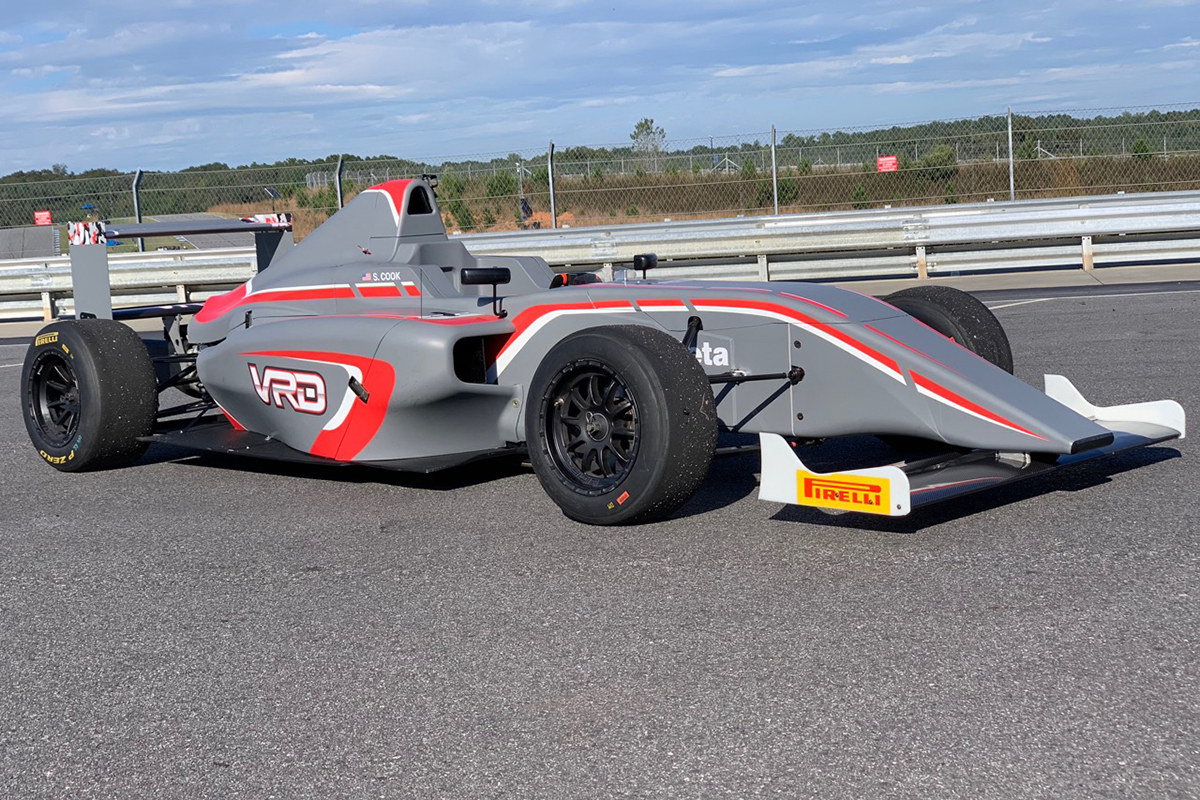 Announced early last week, American open wheel racer and female driver Sabré Cook has joined Velocity Racing Development (VRD) for the final round of the F4 United States Championship Powered by Honda. Entering her second series event of the season, Cook will look to score points for the new team as she and the series run alongside the Formula One World Championship at the famed Circuit of the Americas (COTA).

“There has been some changes behind the scenes and personnel movement within a few teams,” explains Cook. “I believe in cohesiveness and wanted to continue to work with my engineer. VRD is a new program with great leadership and plans for the future. They have the drive to succeed as well as promote from within. I am also excited to bring Enstrom Candies to the F4 program and will have some samples available in Austin.”

Following up on her debut weekend in the series, Cook will pilot the #37 VRD entry in the 2018 series finale. Running with teammate Oliver Clarke, Cook feels that this weekend could potentially be her best run of the season.

“I had a really good event weekend in New Jersey and came to grips with the F4 car pretty quickly,” adds the Colorado native. “I was comfortable right away and the speed showed in practice. We had an issue in qualifying that put us behind for the weekend, but I was able to gain confidence with each race as I advanced forward and was able to learn the car, the series and my competitors. I can’t wait to get to COTA.”

With limited track time, Cook will hit the Austin, Texas circuit on Friday morning for one short practice session. Qualifying will take place that afternoon before two wheel-to-wheel races commence on Saturday and Sunday. Stay tuned to the Sabré Cook social media pages for news, information, photos and results from COTA.