Sabre Cook Set to Contest US Open in Elite Shifter 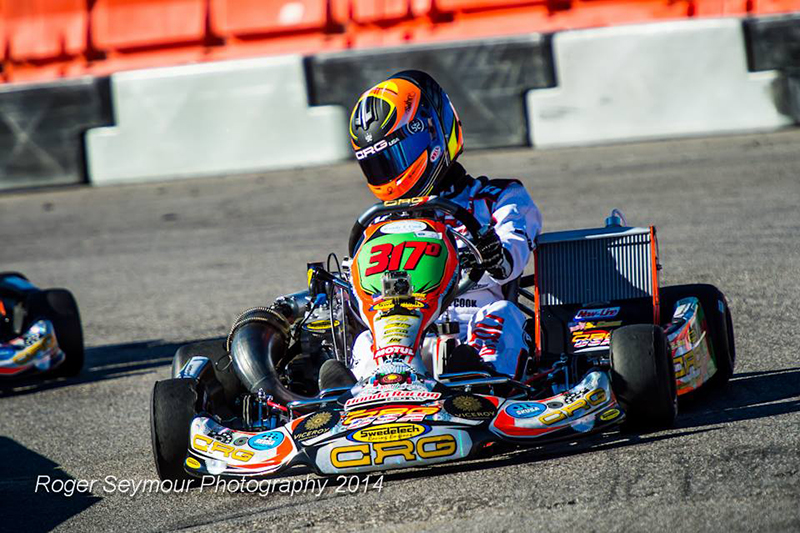 With a large contingent of drivers set to contest under the CRG USA banner at the inaugural US Open May 13-17 at the Dallas Karting Complex (DKC) in Caddo Mills, Texas, Sabre Cook will look to carry her momentum into the second quarter of the 2015 karting season. Already claiming the Rotax DD2 championship at the Rotax Challenge of the Americas (COTA) and accompanying invite to join Team USA at the Rotax MAX Challenge Grand Finals in Portimao, Portugal later this year, Cook will now try her hand in the six speed Elite Shifter gearbox category.

Competing at the Dallas Karting Complex in 2014, Cook was one of the frontrunners in the ultra-competitive S1 division. Racing wheel-to-wheel with some of North America’s, and the world’s best, Sabre was in the top-three on the time sheets in all of her heat races and started the Sunday main event from inside row three. 2014 also saw Cook compete internationally aboard her CRG as she became the first female to make the final at the KZ World Championships.

Cook, who was a shifter kart champion in 2012, is following in the footsteps of her father who is a multi-time motocross and supercross race winner. Sabre is an undergraduate in the Mechanical Engineering program at the Colorado School of Mines and has a major interest in the field of motorsports as not only a driver, but for future employment. Always a threat when behind the wheel of her CRG, Cook is constantly seen in the gym preparing for upcoming events and none will be bigger than US Open event at DKC.

Cook continued, “This is a male dominated sport and I like to get out there and beat up on the boys a bit. I love the Rotax package and am happy to be part of Team USA in 2015, but it is very cool to get back behind the wheel of a shifterkart. I really feel at home grabbing gears and working with all the guys at CRG USA.”

The inaugural US Open event will get underway on Wednesday, May 13 and Thursday, May 14 with unofficial practice. Qualifying and the first wheel-to-wheel heat race will take place on Friday, May 15 with a full slate of heat races scheduled for Saturday, May 16. Championship Sunday will see a short warm-up for all classes as well as the exciting main events where Sabre will look to put her CRG at the front of the field.