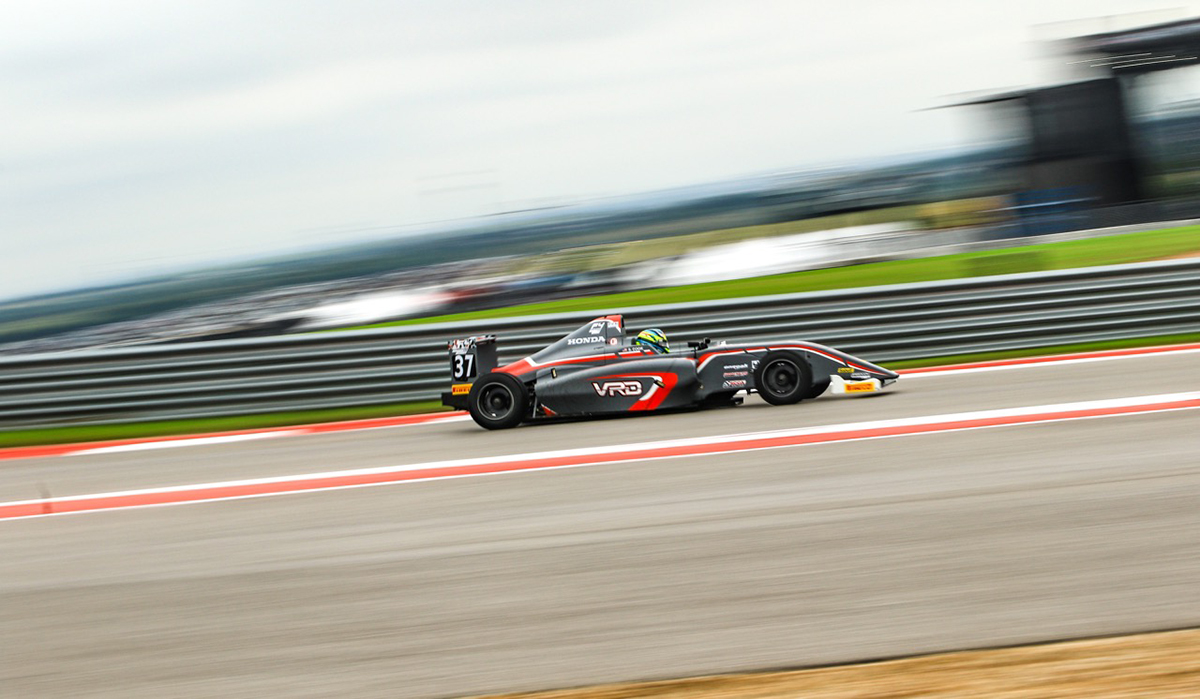 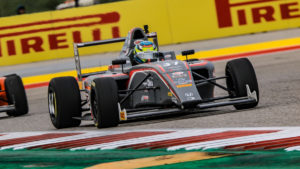 Before the F4 United States Championship Powered by Honda race weekend even began, Cook was a winner as she took top honors in the Infiniti Engineering Academy in her second attempt at the program. As a Mechanical Engineering graduate from Colorado University of Mines, Cook was announced as the Infiniti Engineering Academy 2018 USA winner by Renault F1 driver Nico Hulkenberg in the pit lane at the Circuit of the Americas (COTA) ahead of this past weekend’s United States Grand Prix.

Competing against multiple engineering graduates, Cook was awarded a six-month work placement at the Renault F1 Team in Enstone and a further six months at Infiniti’s Technical Centre Europe in Cranfield.

“I am absolutely delighted to have won and I’m really thankful to Infiniti for this opportunity,” said Cook. “When I met the other candidates, I was aware how smart they were and the passion they had for engineering, so I knew that it was going to be very difficult to win. To come out on top is a dream come true and I can’t thank Infiniti Engineering Academy enough for the opportunity.”

Following the potential life-changing announcement, Cook changed into driver mode as she saw action in her final race of the 2018 season. Teaming with the Velocity Racing Development program, the young female was looking to turn her experience into results at COTA.

“I had a complete blunder in qualifying and I accept full responsibility,” added Cook. “I was in too much of a hurry to try and get some clear track and had contact with another competitor which bent the suspension and forced me to retire from the session. I was anxious to get going with a wet track that had the potential of getting quicker with each passing lap and made a mistake. Completely gutted in myself and for my team.”

Forced to start race one from the tail of the field in the 33rd position, Cook put her experience to good use advancing 14 positions to end the race in 19th. With times from race one setting the grid for race two, the Colorado native was unable to get a clear lap to greatly improve her starting position, but Sunday morning she would launch from outside row 13.

Cook continued, “It is difficult with the short sprint style races to pass as many cars as possible to get the best result, as well as turn a fast lap to start the next race higher up the grid.”

Starting race two from 26th, Cook had another double digit passing effort as she continued to show her prowess gaining 11 positions and closing her weekend and season with a 15th place result. For her efforts, Sabre was awarded the Sabelt America Hard Charger Award for passing more cars than any other driver in the field.

“I am not sure what the cards hold for 2019,” continued Cook. “I have the new Infiniti Engineering Academy program as well as several opportunities to race. I think I need to take a few days off and let it all set in.”