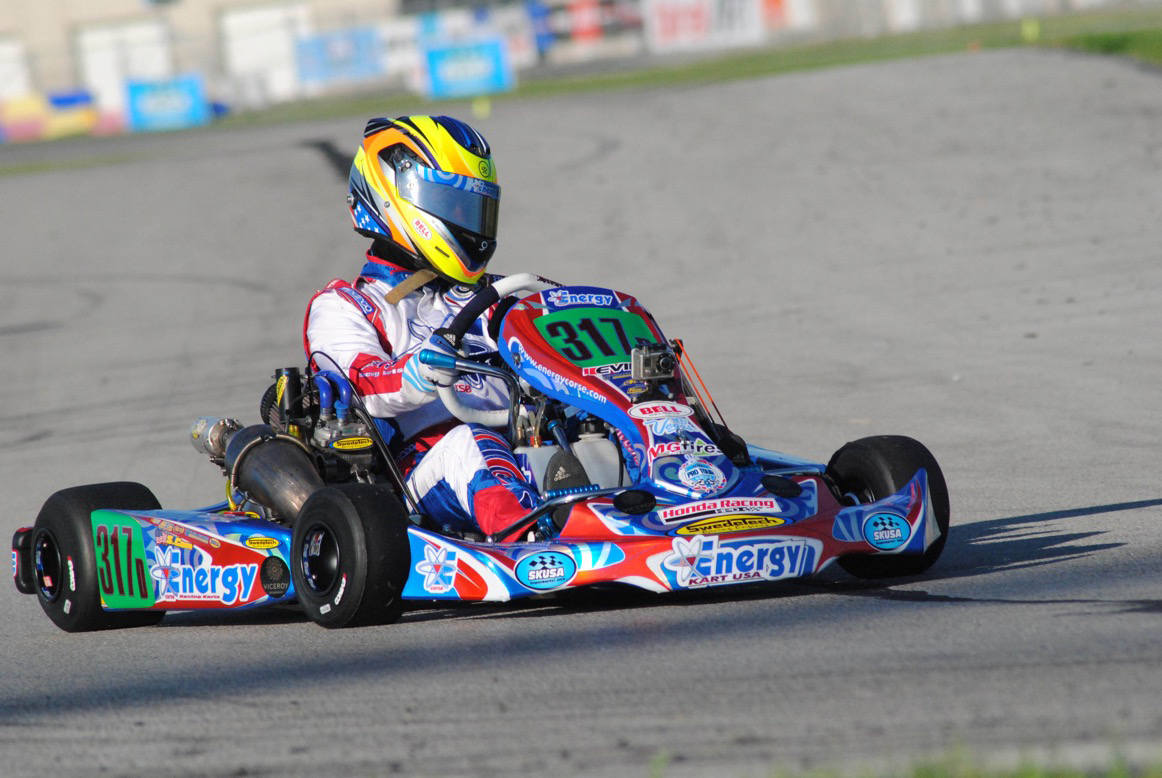 Returning to the Superkarts! USA (SKUSA) SuperNationals, Colorado native Sabré Cook is set to throw her hat into the mix in the S1 category. Competing aboard a SwedeTech Racing Engines powered Energy Kart, Cook will receive support from Apple Motorsports in her quest for the top step of the podium in the most prestigious karting event in the world.

“I am excited to have the opportunity to compete in Las Vegas again,” explained Cook. “It has a been a very cool year for me as I have had the opportunity to drive several different motorsports vehicles, but is always nice to get back to my karting roots for another shot.”

Cook, who is a 22-year-old female competing in her twelfth year of karting, was the 2012 SKUSA S2 Semi-Pro Stock Moto Champion. She has also claimed six Colorado State Championships, two TAG World Championships, a SKUSA Mountain Region title, represented USA at the Bruno Grana International Trophy event in France, and competed across North America while maintaining a 4.1 GPA during her school career. In 2017, the talented female has seen action in an Apple Motorsports backed Spec Racer Ford, Formula Enterprise as well as USF2000 machine at the recent Chris Griffis Test at the Indianapolis Motor Speedway. On top of all of that, Cook was a finalist in the Team USA Scholarship program and has actively been working towards finishing her schooling at the Colorado School of Mines.

Cook continued, “The stress of the final year of school is almost over and rather than celebrate with a big party at the end of the year, I would love to celebrate with a victory in Las Vegas instead.”

With plans yet to be determined for the 2018 racing season, Cook’s only focus is the SKUSA SuperNationals next week.

“I have been fortunate enough to compete at a high level of karting and motorsports in general all my life and have managed to score big race wins and championships,” added Cook. “But nothing would be sweeter than a SKUSA SuperNationals victory and would be a major highlight on my racing resume. 2018 is just around the corner and I am working hard and am very close to a program, but I can’t really say to much about it just yet.”