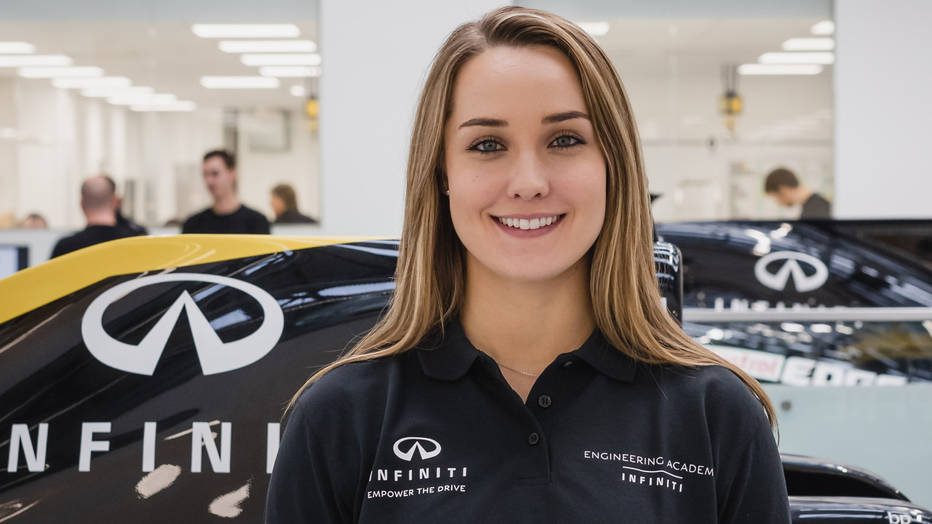 Sabre Cook knows that she’s on deck for her biggest racing challenge — and it’s one that could go a long way toward elevating her on the world racing map.

Cook, a 24-year-old racer from Grand Junction, Colorado, is one of 18 women named last week to the first collection of drivers in the inaugural W Series in Europe. It’s a series featuring some of the top female racing talent in the world.

As many as 100 drivers applied for the W Series. An initial field of 55 were selected from the 100 applicants. Those 55 competed in on-track and off-track testing that trimmed the field to 28. Last week, following four days of testing at Circuito de Almería in Spain, that field was cut to the 18 for the initial grid when the series kicks off May 3-4 at Hockenheim, Germany.

The 18 drivers represent 13 countries. Cook is one of two Americans to make the field. The other is former Lamborghini Super Trofeo Series driver Shea Holbrook. Last year, Cook raced in the F4 U.S. Championship and the USF2000 Series.

“It’s an amazing opportunity,” Cook told Autoweek. “And for the people who say that we’re not going to be racing against the best, well, we’ve got Jamie Chadwick in our field, and Jamie won a British F3 race last year, and she just won the MRF championship against all men. I think we have one of the best drivers in the world in our series, and the rest of us have competed against men our entire lives.

“Some people aren’t looking at the whole picture.

Cook is looking forward to racing some of the best female open-wheel hopefuls in the world, even if the field will not include men.

“I think we’re going to push each other,” Cook said. “We’re not saying this is F1. This is a development series to help women get better footing and better opportunity for feeder series into the higher formula levels.”

The W Series will feature Tatuus F-318 Formula 3 cars prepared and maintained by the series.

“Everyone is going to be so much on an equal playing field.”

The equal playing field came into focus during the testing process to settle on the final field of 18.

“It was the fairest competition I’ve ever been in,” Cook said. “They did such a good job of trying to make it perfectly even from the start — because you know if someone doesn’t get the same treatment, then people are going to make quite a scene about it.

“They were very good about making it super fair, so they could find the best person. We had to go through tons of evaluations. We had a lot of skill-based exercises, rather than just running laps. There were fitness things, mental evaluations, teamwork evaluations.

“One of the days, half the day was driving, half the day was fitness. Another day, it was all fitness. They looked for obviously your consistency, how well you were on pace, your improvement, how you worked with your team, did you keep your car in a good position, all those sorts of things.”

Cook is currently living in the U.K. after winning a spot in the Infiniti Engineering Academy. The engineers are placed for six months at the Infiniti Technical Centre Europe, which is in Cranfield (not far from Milton Keynes). Following that six months, Cook will move to a six-month placement at the Renault F1 Team technical center in Enstone.

“It is a full-time job right now,” Cook said of her work at Infiniti. “Honestly, I couldn’t do what I’m doing right now without the support of Infiniti as well as the Renault Sport Racing Academy. They helped me prepare, and if they didn’t want me to do well in everything that I’m passionate about, I would have been in a very difficult position. But I’m very lucky that they’re being so helpful and wanting me to excel in both areas.”